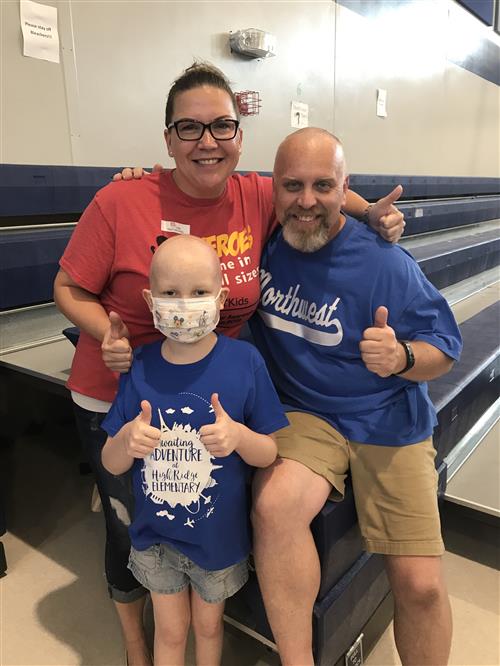 John Baker, third grade teacher at High Ridge Elementary, recently had his head shaved in front of the entire school. While this may not sound like that big of a deal, it is. His head was shaved as a fundraiser for one of his students who is currently battling acute lymphoblastic leukemia.

Over the course of one week, HRE students donated over $2,700 for their classmate, Zoey Meyer.

Zoey was diagnosed with leukemia in July. When Baker found out that Zoey would be in his class for the year, he knew that he wanted to help.

“I immediately knew I wanted to do this to raise money for her and her family,” Baker said. “I let my building principal, Ms. Heidi Mackey, know, and she got the ball rolling.”

“Mrs. Sparks approached us and told us the kids wanted to do something for Zoey to let her know they are thinking of her and care about her,” Williams said. “I was very appreciative, as I have been off work on FMLA for two months.” 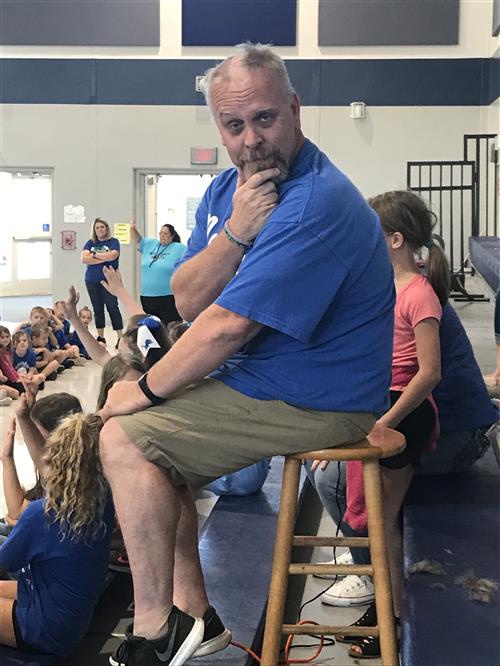 The assembly took place on Friday, Sept. 27. The entire gym was filled with HRE students and teachers; even Northwest R-I superintendent Dr. Desi Kirchhofer came to witness the event. 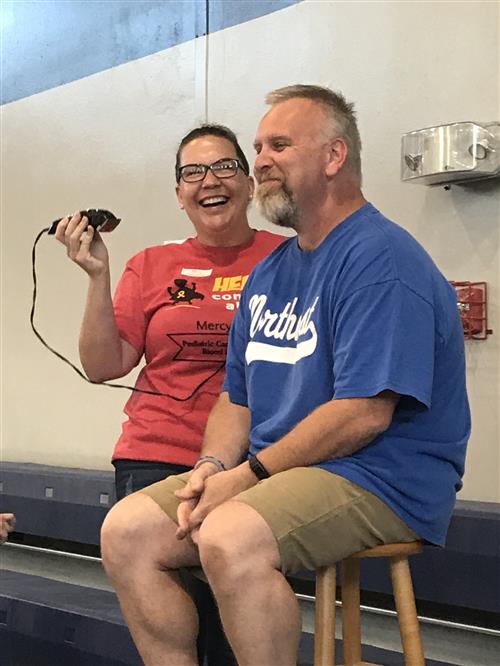 Most importantly, Zoey was there.

Zoey was initially going to have her turn with the clippers, but her mom performed the first swipe across Baker’s head instead.

The gym was filled with the voices of HRE students, yelling encouragement to their classmates who were chosen to shave Baker’s head, and laughing as each swipe made Baker’s hairstyle a little less conventional.

Williams mentioned that Zoey said that while it was really loud and awesome to hear all of the students cheering them on, but it made her sad because she misses her friends and school.

“She’s ready to come back, but her body isn’t,” said Williams.

Getting your head shaved in public, even for a good cause, has to be nerve wracking. Baker was no exception.

“I couldn't help thinking ‘would it grow back?’ or how funny I must be looking…especially after the first swipe,” he said.

When asked about his wife’s reaction to his new hairstyle, Baker said the first thing she said to him was "Put a hat on." However, the bald look is just temporary.

“As good as it feels and the money I'm saving on hair care products, it cannot deter me from growing my hair back,” said Baker.

As humorous and fun as the event was, Baker is thrilled with the outpouring of support for Zoey from the students and staff.

“I am so incredibly proud of this building, of the commitment, and the determination that they put forth trying to help out one of their own.”

Meanwhile, Williams said that Zoey is doing okay for the moment, but she’s ready to start a rough phase of chemotherapy.

“We will continue the good fight with so much love and support from our community,” Williams said.

In compliance with Federal Law, the Northwest School District administers all education programs, employment activities and admissions without discrimination against any person on the basis of gender, race, color, religion, national origin, age or disability.
Copyright © 2002-2020 Blackboard, Inc. All rights reserved.